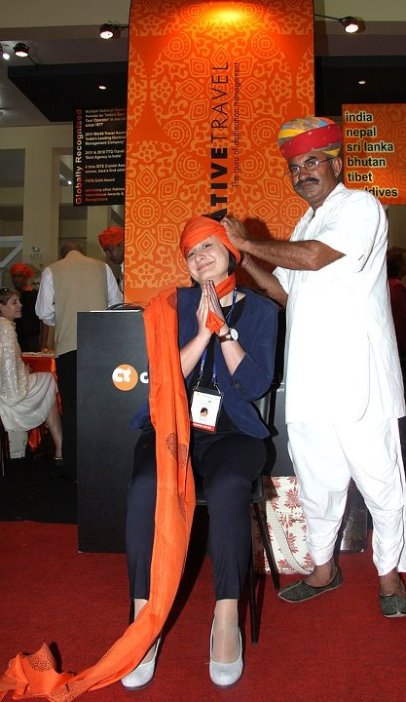 Great Indian Travel Bazaar is one of the most famous and respected trade events in the travel and tourism sector in India. The show is attended by more than 4500 eminent corporate professionals from this sector and topical discussions on the latest industry happenings are regularly held here.

The main objective of this event was to reinforce India as a world-class tourism destination, opportunity to interact with foreign buyers, registered Indian sellers, policy makers, investors, members of the media and make a business sense out of The Great Indian Travel Bazaar ‘12.

The stalls and the booths set up by the various buyers and state governments were remarkable and ended up with ‘buyers’ and ‘sellers’ expressing satisfaction over the prospects generated during the course of meetings over two days.

The fair was enormously successful with a heartwarming response from ‘buyers’ and ‘sellers’ and it was also revealed that India being a land of religions, the focus will now be on religious tourism.